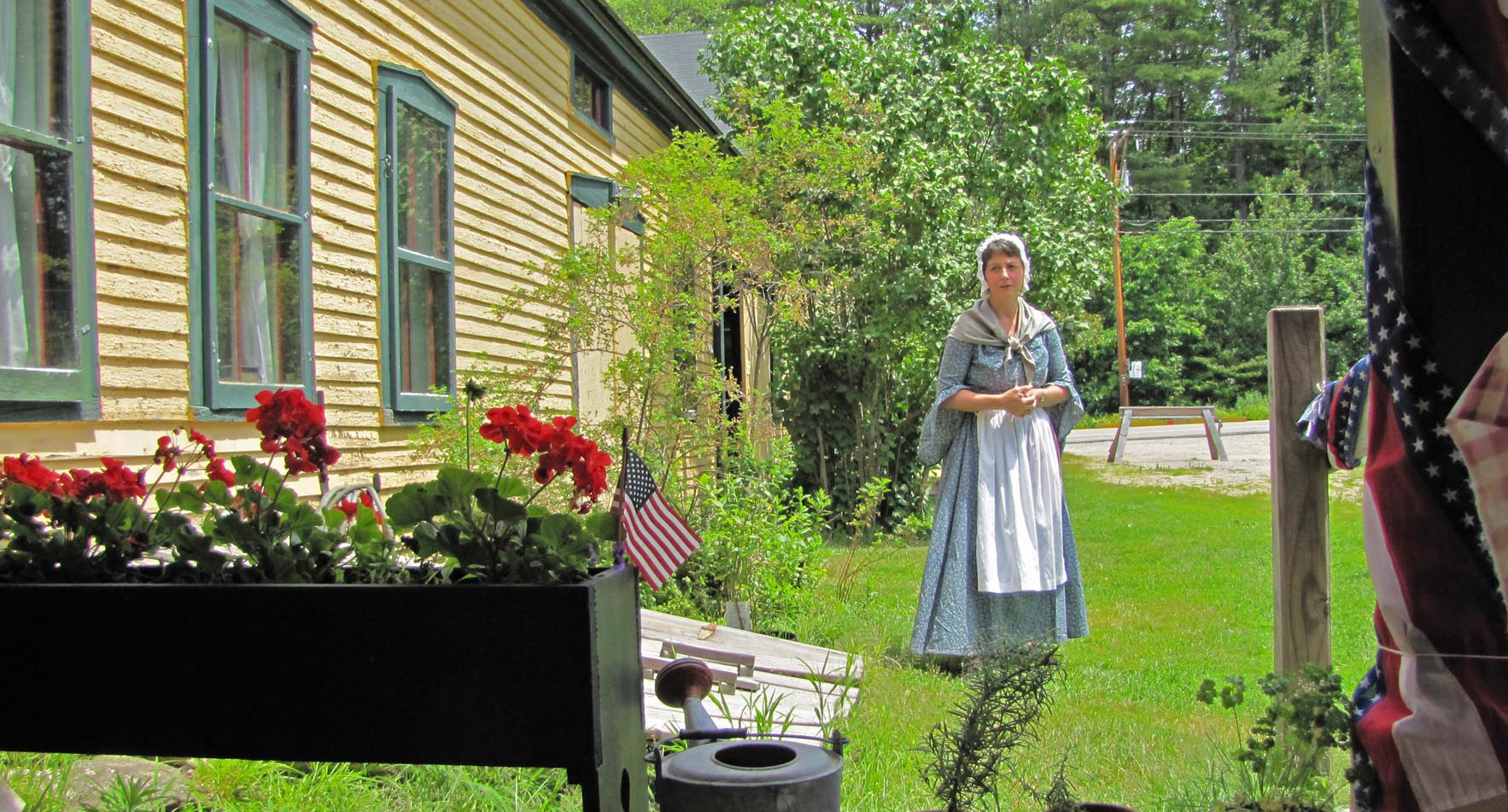 Farm on the Homefront

by
90 people viewed this event.

On this Memorial Day 2019, we gather together at the New Hampshire Farm Museum to remember those who gave their lives in service to our country, to reinvest in the values of liberty and justice, freedom and independence, and to enjoy this beautiful farmstead that we are so lucky to share.

Meet a Revolutionary soldier on your tour of the 1770s cape, a War of 1812 veteran in the 1812 Tavern, and a World War II re-enactor in the 1940s kitchen. Learn about the farm on the homefront at our children’s garden, and rejoice in the freedom and liberty we currently enjoy thanks to generations of brave countrymen and women.

We will be commemorating this holiday weekend with half price admission to all!

As a Blue Star Museum, we are proud to offer free admission to veterans, active military members (including the National Guard), and their families all year round.

First known as Decoration Day, this day was traditionally a day of honoring ancestors by cleaning cemeteries and placing decorations at gravesites. After the Civil War, Americans needed a patriotic ceremony to pay respect to those who fought and died in service to our country. Monuments were erected and dedicated, and ceremonies were held in towns and cities across the nation.

Overall, the death toll in the Civil War was reported to be more than 500,000 soldiers. New Hampshire counts at least 35,000 soldiers who volunteered for duty,. Losses were reported to be 131 officers and 1803 enlisted men and women, according to the Union Army. The impact of this war was felt all over the country.

It was 1967 when the name of the holiday was changed to Memorial Day, and in 1971, it was declared a federal holiday. Americans now come together on this federal holiday to honor this nation’s brave men and women who died in combat or from wounds suffered in combat.